The Tredway Funeral Home in Norwood dates from 1892. It was originally established by Oscar Tredway and his brother Decature, as a combination funeral business and livery stable at 4141 Montgomery Rd.

The original building faced Cameron Ave at the L.&L. R.R. crossing. This building was remodelled in 1897 with an imposing stone frontage. It became popularly known as the “barn”; a favorite meeting place for many of the town’s frontrank citizens. In one nook there was a big, potbellied stove and chairs for the guest convenience and comfort.

The Tredway institution may pridefully point to several Norwood “firsts”. For example, in those early days it was customary to hold funeral services in the home of the deceased.  The Tredways, however, installed a small but complete chapel on their premises, giving impetus to today’s custom of holding final services at the funeral home. The Tredways also featured one of Norwood’s first telephone stations. They transmitted calls to local doctors and relayed other messages, by horse and buggy, to any desired address. One of their favorite patrons was Dr. W.H. Hopkins. He boarded his horse at Tredways “barn”. Finishing his calls at the end of the day, the good doctor, getting out of his buggy, would slap the animal on its flanks, saying, “go to the barn”. The horse would wind his way down the pike and turn in at Tredway’s.

Shortly after being wounded in the “Battle of the Bulge” during WWII, Walker B. Pollitt Jr. returned home to his native Cincinnati where he completed his education at The Cincinnati College of Mortuary Science. After being licensed by the state of Ohio as a funeral director/embalmer, Walker started his career as a funeral director/embalmer at the Brown Funeral Home in Hamilton, Ohio. 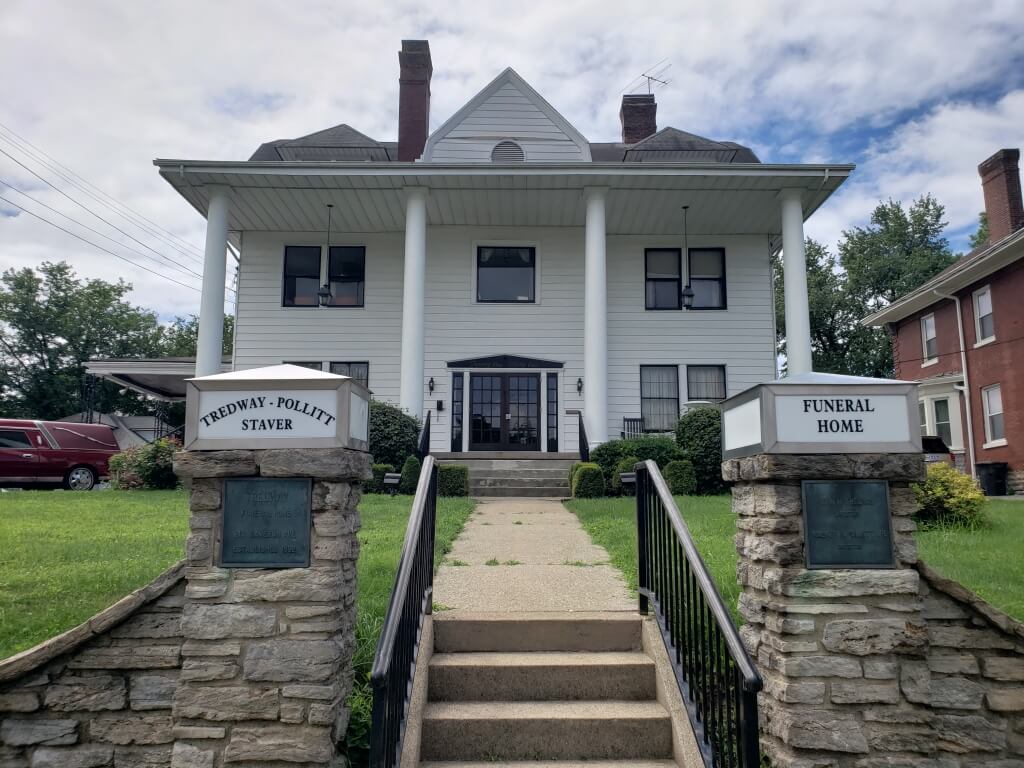